It is not easy having Gaudí‘s works so close to look at him with enough perspective to establish a dialogue with his creative process. Someone as creative as him, had many hidden secrets that make his work very enigmatic. And this, calls your attention. 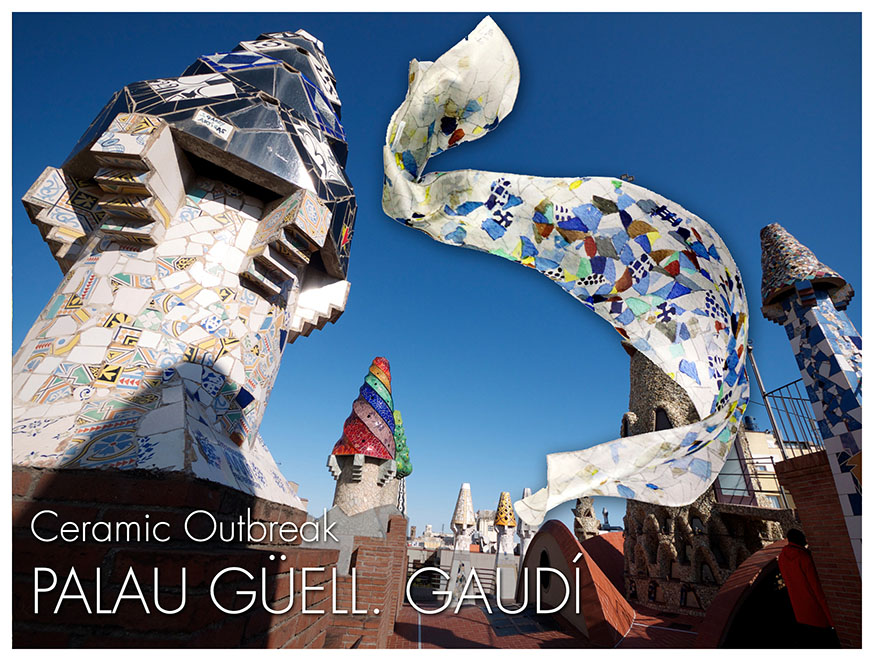 For example, the relationship that he had established with the artisans, manufacturers, and industrialists who helped to build his structures, is a clear example of the cooperative Catalan way of working. Rather than a strong sense of hierarchy, Gaudí created a harmony between his workers. Allowing them to create symbiotic, unified pieces, something that has been captured forever as a hallmark of his works.

The trencadís, the Catalan modernist style of mosaic. Is distinctly used in Gaudi’s work, in particular represents the values of a “saving culture”. A creative use of limited resources and reviving a dying product by transforming it into a new artistic reality. This innovative use of recycling and conservation, something which is so commonly practiced now, shows that Gaudi’s ideas were ahead of his time and that was an artist in the most comprehensive sense of the word.

On an artistic design level, Gaudi’s work defined and wholly embodied the concept of minimum expression of detail. This is the inspiration that has led me to design the “Ceramic Burst” mosaic silk scarf, a composition of 21×21 cm drawn with pencil on rough and stiff paper and painted with watercolor.

My personal vision on the Gaudí Mosaic silk scarf square

The inspiration for the painting came while I was spending a weekend at the Vallfogona de Riucorb spa. I was visiting its gardens, and reflecting on my recent visit to Palau Güell in Barcelona. Specifically its impressive “forest” of chimneys terrace. In those moments, I felt an urge to compose this painting, which actually had less to do with Gaudí, and more with my reactions on observing those memories and images. 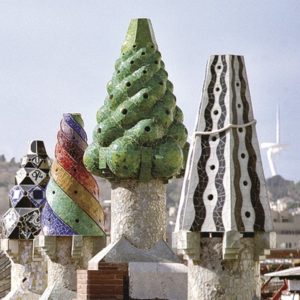 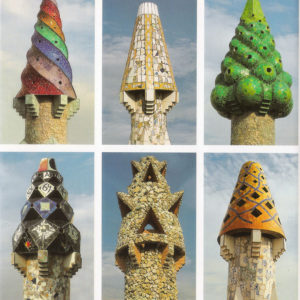 This is my way of working. At the point, when the frenzy appears, I start to paint. Then I capture on paper the synthesized images of a work. 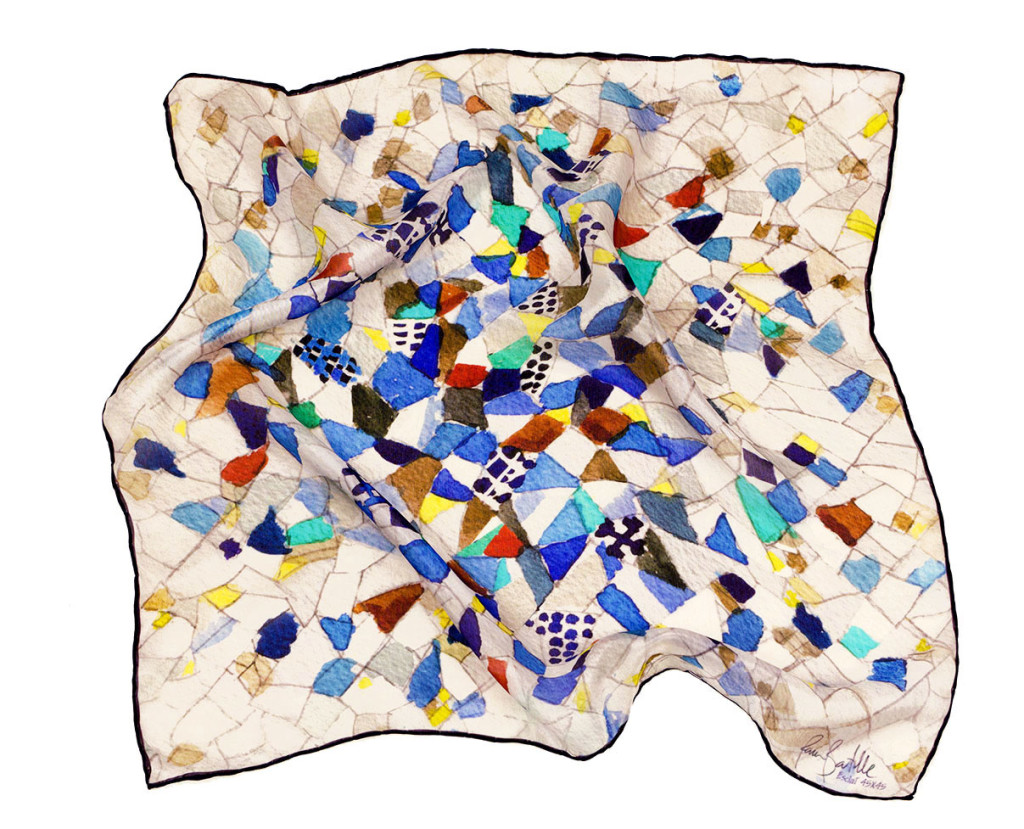 I began by penciling the gridded structure that serves as the basis for composing the trencadís. I then added  the watercolor, with a certain level of imprecision so that the brushstrokes create the color composition in an distinctive way. My selective use of color was intentional, creating an intensity growing from the center, expands outward and diminishing to white to the peripheries.

After painting it, I gave it a name. It came out spontaneously: “Burst”! Perfect for a mosaic silk scarf. That’s the definition of Gaudí’s work, an explosion of colors, shapes, life… A Big Bang burst which rests on a Cartesian baseline. Universal chaos following the rational pattern of the logic of reason. The dominance of blue and turquoise on white and beige background: the Mediterranean Sea, always present.

If you want to know more about our creative process, feel free to check some more:

“Heaven & Earth”, the other design inspired by Gaudí’s Palau Güell.